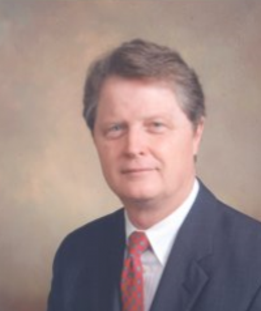 Tomorrow's Hearing in Orangeburg Not Likely to Produce Immediate Actions

The Episcopal Church, its continuing Diocese in South Carolina (TECSC) and those representing Mark Lawrence and parishes once aligned with him are heading to court tomorrow in Orangeburg to make oral arguments before state Circuit Judge Edgar Dickson, who's been charged by the state Supreme Court with implementation of its August 2017 decision declaring that 29 parishes and Camp St. Christopher are part of the Episcopal Church.

Dickson has six motions before him submitted by the parties in the case:

The Church is asking that he move forward with the implementation of the decision, by (1) ordering the 29 parishes and Camp St. Christopher deemed by the high court to be part of the Church under the supervision of a "special master" appointed by the Judge, (2) ordering an audit of the operations of the parishes and Camp to account for what belongs with the Church, what belongs to others, and what happened to stuff that cannot be located, and (3) dismissal of a "Betterments" lawsuit on the grounds that Lawrence and the 29 plaintiff congregations have no legal standing to bring a lawsuit under the statute.

The Lawrencian legal team is arguing that the high court's ruling is too confusing, such that Dickson has no choice but to rehear the issues in the case. They are also asking that he hear their case for compensation for the costs of "betterments" they have made since they mistakenly thought they were the owners of the parish properties in question.

As to what we can expect from Judge Dickson tomorrow, the answer is "not much".

The Judge has made it clear that tomorrow's session is one at which lawyers for all sides can make oral presentations about the actions they are questing from him.

However, we suspect the Judge knows this is a hot case and that everything he does is going to be open to scrutiny.  We think he is just being careful to be able to say that he allowed everyone to say whatever the felt was needed, and that no one was shut out.

This was an email from the Judge's administrative assistant last month announcing the hearing.

"Judge Dickson requests that the pending motions in the above matter be scheduled for November 19, 2018.  His Honor intends to hear as many of the motions as possible until he gets tired of hearing them. These motions will be heard at the Orangeburg County Courthouse."

SC Episcopalians will be in the courtroom at 10 a.m. tomorrow, and will be listening to the oral arguments of both sides ... until we get tired of them.