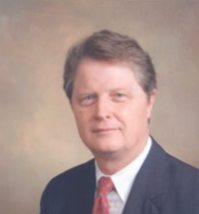 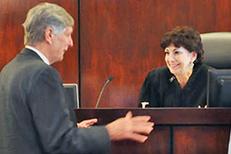 Judge Dickson:  I don’t want this case to drag out.  I need to move this along, and you all need to get some resolution

Nearly a year after it was handed down, the state Supreme Court decision that ended Mark Lawrence's five-year schism is finally on the way to becoming reality.

Today lawyers for Lawrence and the 29 parishes the Court ruled could not leave the Episcopal Church with their properties got a first look at the judge who's been assigned to oversee the transition they are facing in the coming months.

In a half-hour scheduling conference in his Orangeburg courtroom this afternoon, S.C. Circuit Judge Edgar Dickson said he was anxious to move the case along and asked each side to give him a list of the issues they think needs to be addressed in implementing the high court's decision.

Dickson did not rule on any of the five motions pending before him.  They include the Church's requests for a full audit of all the parishes, the appointment of a 'special master' to expedite day-to-day challenges that arise, and the dismissal of a nuisance lawsuit under the state's obscure "betterments" statute brought by the Lawrencians

Dickson did not seem to have any plans to retry any aspect of the case, as some of the breakaway parishes had hoped.  “I don’t want this case to drag out.  I need to move this along, and you all need to get some resolution, " he said.

Today's session was remarkable in its' unremarkableness.

Dickson appears to be the complete opposite of fellow judge Diane S. Goodstein, who conducted the 2014 trial of Lawrence's mega-lawsuit laying claim to an estimated $500 million in Church assets and parish property.

Where Goodstein was prone to sudden outbursts and high drama, Dickson seems even-tempered and business-like.

While Goodstein's courtroom behavior betrayed an uncomfortable bias, Dickson appears to have no agenda except to get the high court's decision implemented so that participants can move on.

Where Goodstein was confused by the involvement of "too many churches" in the case, Dickson seems fully comfortable with his ability to manage the resolution of a highly emotional and legally complicated case with multiple plaintiffs and defendants.

Today there were less than thirty people at the scheduling conference, and all but a handful were attorneys.

Lawyers for one-time breakaway parishes were far more subdued than in 2014, while the legal team for the Church and its continuing diocese was far more in control of the agenda.

In the original trial, Mark Lawrence was the center of attention both in the courtroom and with the assembled news media.  He was almost always surrounded by staff, lawyers, clergy, and even a professional photographer.  Today he slipped in after the start of the meeting and sat in the back of the courtroom almost unnoticed.

His opposite number in 2014, Bishop Charles vonRosenberg, and his wife were in court every day with snacks and words of encouragement for the many communicants from Episcopal Church parishes in the audience.  Today, Bishop Skip Adams had a scheduling conflict, and left the work in Orangeburg to his legal team.