of the state Supreme Court to become law in South Carolina. 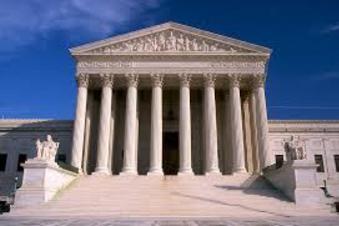 From near death in 2009, Church's Dennis Canon is now the law in South Carolina

The Justices of the U.S. Supreme Court today rejected an appeal from ex-South Carolina Bishop Mark Lawrence and his followers to overturn last year's state Supreme Court ruling, denying their claim to sole ownership of their parish properties.

South Carolina now joins a growing list of states where questions of property ownership have been settled in the Church's favor.  While congregations do own their properties, they hold them in trust for the work of the Episcopal Church and its local dioceses.

Today's denial of the appeal from the Lawrence organization effectively ends any further legitimate challenges to the Church's interest 29 contested parish properties and St. Christopher Camp & Conference Center.  Ownership of the corporate entity known as "The Episcopal Diocese of South Carolina" is almost certain to be resolved in the Church's favor this September in Federal Court in Charleston.

In a very bitter irony, today's action means that Lawrence's 2013 lawsuit has actually strengthened the Episcopal Church's legal claim to its property in South Carolina.

The decision was actually made last Thursday at a “cert conference” among the nine members of the Court, aimed at filling out the docket for the Court’s October term.  “Cert” is legal jargon for a writ of certiorari, which translates as a decision by the high court to take jurisdiction of an appeal and hear the case.  The votes of at least four justices are needed for cert to be granted.

Ninety-nine percent of all requests for cert are not approved.  This morning, in addition to the South Carolina case, another 150 or so appellants were denied as well.

An additional insult-to-injury is that the justices don’t explain their reasoning for denials, so it's never clear if cert was withheld because of the substance of the case, the grounds on which the case was appealed, or a technicality.

Broader message to other breakaway groups

Appealing to the high court was a huge gamble, and not just for the Lawrence crowd.   Today's decision has a broader message to breakaway groups in mainline denominations beyond South Carolina as well:  Using the courts to grab Church property is probably not your best option.

In 2004 the Virginia Supreme Court addressed a similar case brought by dissident parishes in the Diocese of Virginia, and resolved it with much the same outcome as South Carolina's high court.  Some of the breakaway parishes appealed a narrow portion of that ruling to the U.S. Supreme Court, and were not granted cert either.

Now, having rejected the appeal from South Carolina, it is increasingly probable the high court is signaling its satisfaction with the way state courts are resolving disputes under its 1979 landmark case of Jones vs. Wolf.

Legitimate legal options for the breakaways have evaporated, an angry Lawrence this afternoon was vowing to disrupt implemention of the state court ruling by Dorchester County Judge Edgar Dickson.

In what is likely to be their last court appearance, all 54 parishes that tried to leave the Church with Lawrence will appear in Federal Court this fall as defendants in a false advertising case brought in 2013 by the Bishop of the Episcopal Church in South Carolina.   The lawsuit alleges that Lawrence has been falsely and fraudulently advertising himself as an Episcopal bishop and consequently has damaged the work of the Church and the true Episcopal Diocese of South Carolina.

The former breakaway parishes have spent months stalling court-ordered mediation efforts, seemingly oblivious to the substantial penalties they and their clergy and lay leaders face under the Federal Lanham Act.
___________

He is likely angling to get his case in front of a different panel of state justices who are more aligned with right-wing Republican interests
Stung by back-to-back losses in court, ex-Bishop Mark Lawrence says he rejects the August 2017 ruling of the state's Supreme Court and plans to fight its implementation in the Dorchester County court.

"Constitutional issues aside, the Diocese believes the conflicted nature of the current State Supreme Court ruling is virtually unenforceable as written. Interpretation and implementation of that ruling, given its five separate opinions, with no unified legal theory even among the plurality of the court, means there are still significant questions to resolve.

"The Diocese remains confident that the law and the facts of this case favor our congregations. We plan to continue to press both to their logical conclusion, even if that requires a second appearance before the South Carolina Supreme Court."
In denouncing the state Supreme Court ruling today, Lawrence may be signalling that he wants to go back to his old strategy of putting political pressure on the courts.

When it lost last year, the Lawrence organization teamed up with a right-wing, political group to lobby anti-gay Republican legislators to put pressure on the justices to re-hear the case.  The group has had some success in securing the election of ultraconservative judges in the state, and even filed a bogus amicus curiae brief with the Court in favor of the re-hearing.

The organization also secured the services of a conservative PR firm in Washington to stir up national antipathy against the justices, in particular, the one female judge who voted against them.  The firm has ties to atl-right publications like Breitbart and The Caller.

Lawrence also may have assembled the largest legal team in the history of the state.  It is not clear that many of the firms that were hired had any knowledge of Church law, but they all had connections to judges and politicians around the state.

Back to Dorchester County where it all started

Lawrence's legal team has multiple, longstanding ties to the state's political establishment some say are strong in Dorchester County and the First Judicial District, in particular.  This is where Lawrence is saying he wants to re-challenge the state Supreme Court's ruling against him by fighting its implementation.

The First District includes Calhoun, Orangeburg, and Dorchester counties.
The key there is the prestigious Williams & Williams Law Firm in Orangeburg, founded by the late Senator Marshall B. Williams with his son, Charles.   The Williams Firm is politically influential among both Democrats and Republicans, and its partners even include a current state senator.

The Lawrence 'diocese' has never publicly reported the amounts that have been paid to the Williams firm, but it is not cheap.  The fact that the Lawrencians originally filed their lawsuit in Dorchester County instead of Charleston is a testament to their confidence in the firm's ability to deliver.

One of the First District's two resident judges became a front runner for a seat on the S.C. Supreme Court shortly after rendering an unbelievably lopsided ruling in Lawrence's favor in the trial of his lawsuit in Dorchester County.  This was the ruling that was later overturned by the state Supreme Court.

The other judge in that District, who appears to be in charge of implementing the state Supreme Court decision, was an attorney with the Williams firm prior to his election to the bench.  The First District was recently chastised by U.S. District Judge Richard Gergel for appearing to drag its feet on implementation of the ruling.

In taking on the state Supreme Court decision, Lawrence says it is "unworkable" and "virtually unenforceable" to the point that it cannot be implemented.  It is not clear who is telling Lawrence these things, but they have been consistently wrong at every turn since the beginning of the case.

It is hard to see how bashing the courts one more time is going to lead to another bite at the apple.

This was the tactic he took prior the state Supreme Court refusing his demand that it re-hear the case after it ruled against him last year.  The breakaways hired even a national PR firm, popular with alt-right news sources, to bash both the decision and the reputation of the female justice who voted against him.

The impetuous and personal attacks on the state Supreme Court justices last year earned Lawrence a stinging rebuke by former Chief Justice Jean Toal, who had actually been the strongest supporter of his team's legal arguments.