Today's letter to the editor in Charleston Post & Courier by three pro-Lawrence wardens was a sloppy cut-and-paste job from the former breakaways organization's website.  It's an example of how half-truths, arrogance, and the breakaway group's own ineptitude are sinking its followers and their public credibility.

In last August's Church property ruling, South Carolina Supreme Court Chief Justice Don Beatty added a restriction that allowed eight of the 36 plaintiff parishes to leave the Episcopal Church with their properties. In his opinion, he wrote that the Church needed evidence "in writing" that a congregation had acceded to its' Constitution and Canons for its request to leave to be denied.  Based in the extensive documentation provided to the Court for each plaintiff parish, the justices allowed them to leave the Church with their properties without its consent.

So it was a little surprising this morning when the letter to the editor from leaders of three pro-Lawrence parishes denouncing Beatty for, in essence, lying to them in his opinion in the case.

"Chief Justice Beatty said only parishes that acceded in writing to the Dennis Canon created a trust.  None of our parishes signed such a document.  To our knowledge, no congregation in our Diocese did so.  On that basis, what the ruling says is that no congregation should lose their property," claimed Wardens Penn Hagood of St. Phillip's, Heidi Ravenel of St. Michael's, and Todd Landt of St. Luke & St. Paul.

All three parishes are and have always been part of the Episcopal Church because the justices found evidence of their accession in writing, according to the Court ruling.   The time to have disagreed was before last August.  Breakaway lawyers twice asked the high court to re-hear the case, and even appealed it to the nation's highest Court, but to no avail.

​Lawrence and the three wardens insist that is not good enough for them and that they will continue to fight - somewhere - until the justices give them a satisfactory response.

Don't hold your breath on this one

In similar cases in other states, "in writing" can often mean almost anything.

Words, handwritten or printed in any form, indicating that a parish had at some time considered itself to be under the governance of the Church would qualify.  It could be something as simple as the parish treasurer endorsing a check on behalf of "St. John's Episcopal Church" or a publicly-displayed sign saying, "The Episcopal Church Welcomes You".  Even displaying the Church seal could work.

However, in this case, it appears that in writing could also be these words in the parish bylaws or other official documents:  "St. Luke's is a parish of the Protestant Episcopal Church in the United States of America and accedes to its Constitution and Canons".  Parishes would not have had to sign a separate formal document specifying their acceptance of the Dennis Canon, as the wardens and Lawrence are suggesting.

Sneaky bad acts come back to haunt the Lawrencians

Prior to his departure from the Church, Lawrence and his top lieutenants secretly engaged in a frantic effort to convene parish meetings for the purpose of replacing those words or words like them in each parish's governing documents with "... in the Protestant Episcopal Church in the Diocese of South Carolina."

In other words, they were having the parishes appear to switch their alliance with the Church to the Lawrence ' diocese' in preparation for their lawsuit.  The justices saw through this attempt to manipulate them.

Because congregations in the Episcopal Church are legally trustees of Church property, they cannot change the terms of the trust without the consent of the beneficiary.   The changes Lawrence had them make were, in essence, illegal and may well have exposed elected parish leaders to civil liability and penalties.  Regardless, they are considered legally "null and void" (as the Church warned them in 2011).

In fairness to the wardens, their letter was just an amalgamation of semi-credible legalisms, years-old rhetoric, and a lot of religious posturing that was taken from recently published FAQs on the website of the one-time breakaway organization.

Maybe they were just naive about Lawrence like everyone else has been at one time or another.   However, the Lawrence organization has an almost six-year record of providing bad legal and political advice to its followers, and they have paid a heavy price.

Combined, the three parishes led by these wardens lost more than half of their members between 2008, when Lawrence became bishop, and the end of 2016.   They are struggling to make sure they have sufficient income to cover ongoing expenses.

Maybe its time for leaders of these congregations to come back to reality.  Accept the rulings of the highest courts in our state and nation, and get back to doing the work Jesus gave us all to do.


South Carolina Chief Justice Don Beatty was very likely the justice who allowed seven parishes to leave the Episcopal Church, but Lawrence and his followers attacked his integrity anyway. 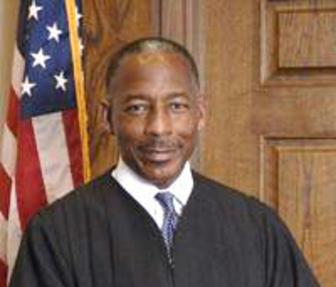