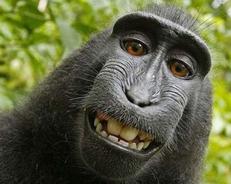 Worst kept secret of the Lawrence schism was that its leaders were attempting to hide assets from the courts in the event secession failed;

The Episcopal Church and its continuing diocese in eastern South Carolina today asked Circuit Judge Edgar Dickson in Orangeburg to authorize a comprehensive accounting and financial audit of all players in the recent failed schism led by ex-Bishop Mark Lawrence.

Judge Dickson will oversee the implementation of the August 2017  state Supreme Court decision that, in essence, declared the actions of Lawrence and his allies to leave the Church with millions of dollars in diocesan assets and property to have been illegal.   He is the chief administrative judge for the First Judicial District, where Lawrence originally filed his lawsuit against the Church.

In a motion filed with Judge Dickson this morning, lawyers representing the Church and The Episcopal Church in South Carolina asked that he order a full accounting of the actions and finances of the Lawrence 'diocese',  St. Christopher Camp &  Conference Center, the Trustees of the Lawrence 'diocese', and the 29 parishes that attempted to leave the Church in 2012 with their parish properties.

According to a statement from TECSC, the attorneys are seeking "all audit reports, audited financial statements and managed investment accounts, bank statements, budgets, data on fund transfers, and information on legal fees and related expenses from January 1, 2008 onward.  It (the motion) also asks for all documents that establish restrictions on the use of funds."   Read full TECSC statement here

According to today's motion, "This is necessary in order to determine what compensation Defendants are entitled to as a result of Plaintiffs’ wrongful possession and control of the assets since October 2012, and financials any wrongful disposition of the assets leading up to their departure."

SC Episcopalians was delighted with this news.  Since the early days of the Lawrence schism we've heard credible reports of monkey business  with diocesan finances and assets.

According to one person who served on the Diocesan Council under Lawrence, "We all knew something was going on with the assets of the diocese.  It was pretty hush-hush, but it seemed they were looking to move liquid assets to banks that would agree to resist a court order to turn them over to the Church if they got an unfavorable ruling."

These concerns by SC Episcopalians and others were validated by court testimony elicited from officials of the Lawrence group in 2015.

Status Conference to get implementation of 2017 decision going ... finally

Judge Dickson has announced that there would be a status conference for the attorneys in the case in Orangeburg on July 26th.   After that we will know what the implementation will look like.

Read the full motion filed by the Church's attorneys today

Here's what we mean by possible monkey business in the Lawrence organization's handling of Episcopal Church assets.   This is taken from our 2012 report on the Trustees financial activities in 2011 ...

"According to the most recently available audit of Diocesan finances (for calendar year 2011) Diocesan Trustees appear to have liquidated nearly 25 percent of stocks and bonds it held in trust for the Episcopal Church in South Carolina.  The apparent motive was not clear in the audit.  (Good luck trying to find the minutes of Trustee meetings, but maybe the 2012 audit of the work of the Trustees will shed some light on this when it is presented at the next annual meeting of the Lawrence 'diocese").

"It is not clear what exact assets were sold off or from which trust funds, but they generated cash of approximately $849,163.   It is also not clear why the Trustees felt they needed this much cash, but the Diocese appears to have sold these assets at a staggering loss of $253,640.   A loss like this is unprecedented in the history of the Diocese.

"According to one accounting person we consulted, “Looks like somebody was in one heck of a hurry to get their hands on some cash.”  You can see for yourself with these numbers taken directly from the 2011 Auditors’ Report:

"The Trustees say their management style is "to hold all investments as long-term investments, trading only when prudent.”

"This hardly seems prudent under any circumstance, but then again the composition of the eight members of the Trustees does raise some concern: two of the eight trustees are employees of the Lawrence operation, and Lawrence is himself an ex-officio member."