Charleston lawyer Thomas Tisdale, Diocesan Chancellor and architect of the Church’s successful legal defense against the Lawrence schism, told a group of diocesan and lay leaders today he is hopeful Orangeburg County Judge Edgar Dickson will move forward with the appointment of a "Special Master" in the case next month.

The Supreme Court "remitted" its August 2017 ruling to Judge Dickson, who is to insure the justices' directives are followed in each affected parish and at St. Christopher Camp & Conference Center.

In essence, Tisdale said a special master would oversee parish-by-parish implementation, consistent with the high court's resolution of the property ownership issues at the heart of the massive lawsuit brought by Lawrence and his supporters against the Church and its continuing Diocese in eastern South Carolina in January 2013.   Part of that process will be the election of  parish governing structures loyal to the Church, along with a full detailed audit of parish finances and possessions.

In August 2017 the state Supreme Court ruled that all but seven of 36 parishes that tried to follow out Lawrence out of the Church could not leave without the consent of the Episcopal Church.  It also ruled that St. Christopher belongs to the Church as well.   The breakaway group appealed that decision to the U.S. Supreme Court this spring.

Tisdale explained the the relationship between a parish and the Church is that of a trustee.  While the congregation owns its parish property, it holds it in trust for the Church and its local diocese, which means it cannot violate that relationship without the consent of the entity for whose benefit the trust exists.

Some of the breakaway leaders yesterday made noises about resisting anything Judge Dickson might try to do to implement the decision.  Bishop Lawrence himself pronounced the ruling "virtually unenforceable" and said such resistance might require a second trip to the state Supreme Court.

SC Episcopalians could not find anyone in the legal system who knew what they were talking about.  Last fall, Lawrence's legal team actually did try to make a second appearance before the state's high court and was turned down, prior to being turned away by the U.S. Supreme Court on Monday. 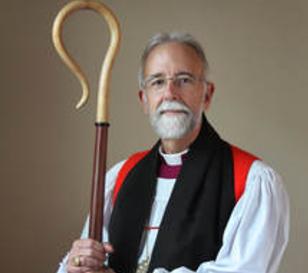 JJune 12, 2018
Bishop Adams Offers Message of Welcome & Reconciliation to Returning Parishes
Episcopal Church in SC begins the work of re-unifying the Diocese and its parishes after destructive schism

The Diocese known as the Episcopal Church in South Carolina wasted little time today extending a message of welcome and reconciliation to nearly 50 parishes and missions that unsuccessfully tried to dissociate from the Church with former bishop, Mark Lawrence.

For the first time since becoming the provisional Bishop of the Diocese in 2016, Skip Adams was able to speak broadly about his vision for re-unifying the Diocese without having to add when the lawsuit is finally settled.

Adams told a gathering of diocesan clergy and lay leaders that he is optimistic about restoring a robust Christian witness in every parish following Monday’s rejection of an appeal by the breakaway group to the U.S. Supreme Court.

He urged Episcopalians to pray for “Mark” and those who were disappointed in the outcome of five years of litigation, and not become “functioning atheists” in addressing the hurt and pain many on both sides have experienced.  He downplayed the bitter response to Monday’s decision from the Lawrence group as a symptom of shock and sadness at losing a case in which they'd placed so much confidence.

Bishop Adams reported that he is encouraged by ongoing conversations with leaders of returning congregations, including members of their vestries.  In addition to questions about governance and programming, Adams said there were already operational questions about transitioning parish employees and the scheduling of worship services.

In essence, he said, we’re all learning this together as we go.

Adams also told the group that he is close to announcing the appointment of Missioner for Returning Congregations to provide support for the transition of former Lawrence parishes back into the Church and the recovery of others who may not have a home parish to which they can return.

According to Adams, a large number of active and retired clergy and bishops had contacted him about volunteering at parishes in the diocese to insure that every parish was fully staffed during the transition.  Adams seemed confident that the Diocese will have resources it needs to set its new course.

The meeting included several members of congregations who were pushed out of pro-Lawrence congregations five years ago.  These included people from among the seven breakaway congregations that were successful in securing emancipation from the Church.  These groups have been a particular concern for Adams, as well as his predecessor, Charles vonRosenberg, who was in the audience.   Read more about the meeting from the Episcopal Diocese of South Carolina.